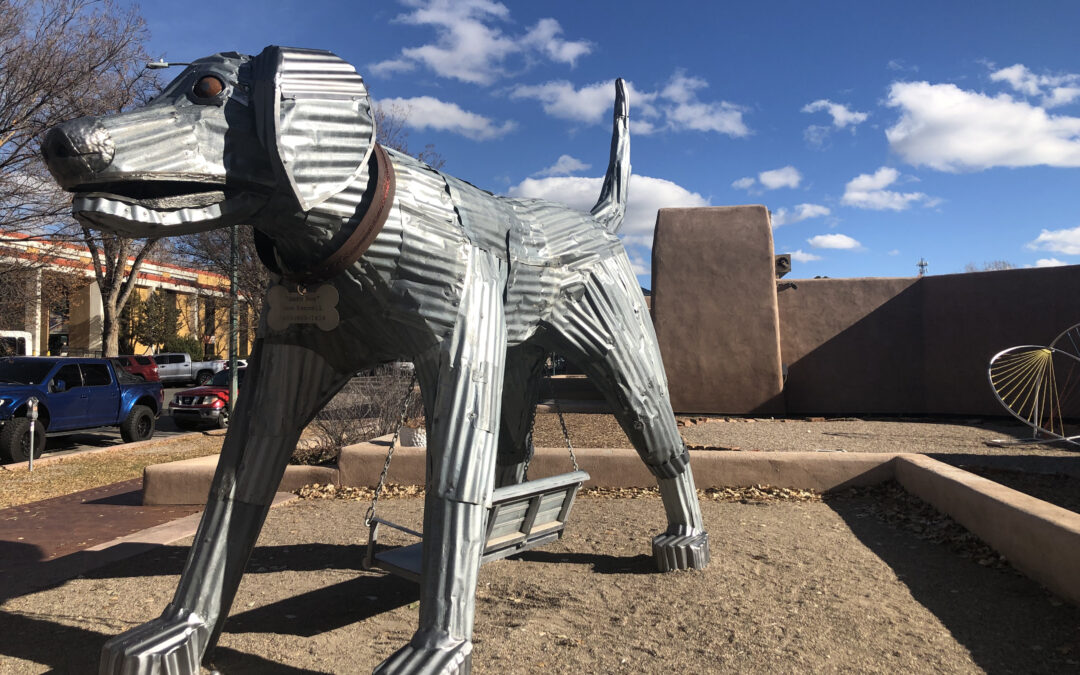 The City of Santa Fe’s Art in Public Places has contributed greatly to Santa Fe’s overall visual appeal. This includes the creation of a giant metal dog with a bench swing hanging from it located behind the Santa Fe Community Convention Center on the corner of Grant Avenue and S. Federal Place.

Why would the city provide funds to artists to create art that is placed in public places throughout Santa Fe?

A. Because it doesn’t know what to do with all the money it has.

B. Because it is more popular than fixing potholes.

C. It is related to its nickname as “The City Different.”

D. It honors the city’s unique cultural and historical heritage.

Santa Fe is a renowned global arts and cultural center.

D. Since the early 1900s, Santa Fe has attracted artists of all stripes.

The city’s Art in Public Places program was launched in 1985. Its multiple purposes include enlivening the city’s visual landscape, increasing community engagement with the arts, and fostering economic development. It is funded by dedicating 2% of capital improvement project expenditures to projects such as construction of the convention center and on-site art installations. Barn Dog is a 12-foot by 20-foot sculpture of corrugated metal created by artists Don Kennell and Lisa Adler of Santa Fe. It was installed in 2017. Kennell and Adler’s local studio focuses on monumental-scale animal sculptures made of recycled metal and are found in collections and institutions coast to coast.

Santa Fe has hundreds of artworks in public spaces, from street corners to courthouse interiors, the airport, the convention center, and many other locales. To scope some of them out, join a DiscoverSantaFe Scavenger Hunt, or take a guided tour with one of Santa Fe’s many outstanding local guides.