The Ghost of Julia Staab 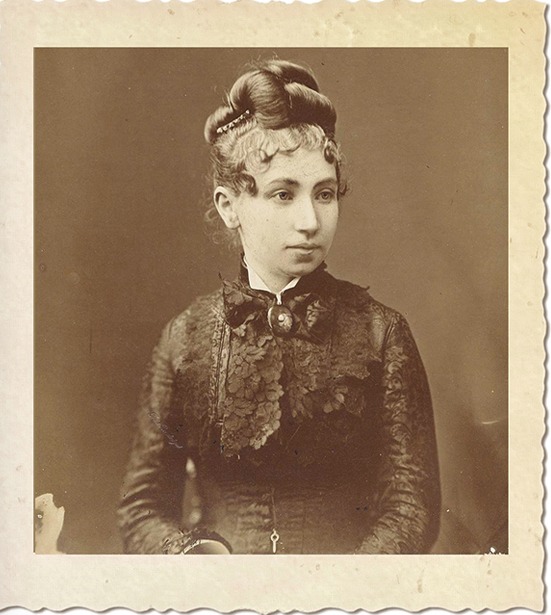 One of Santa Fe’s more “solid” ghosts, Julia Staab, is said to haunt various rooms of her former home, today’s La Posada de Santa Fe hotel. Her ghostly apparition is often seen drifting about the staircase, her upstairs suite, and former living room with its lovely fireplace. The comfortable living room is one of the many flourishes provided by her husband, the merchant Abraham Staab, to alleviate her homesick blues in the lovely Victorian-style house he had built for her in 1882. But, in the end, it was a physical ailment that took her far before her time.

Why might Julia’s ghost continue to hang around her former home?

A. She’s lonely and seeks companionship.

B. Having been forced to move to the rough frontier town, she’s very angry and sad.

C. She still thinks she’s in charge of greeting guests.

Uprooted from her European upbringing and family, she was very unhappy.

B. While all answers may apply, ghost “experts” think many souls get caught between two worlds due to anger issues or deep despondency over their premature deaths. 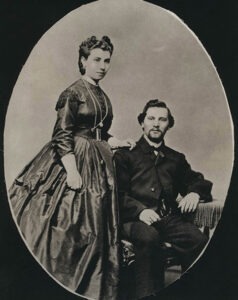 Julia was born in 1844 in Germany and married the successful Santa Fe Jewish merchant Abraham Staab in 1865. He brought her to Santa Fe, which was then a rustic, largely uncultured outpost in the American West. Here she missed her family, friends, way of life, and creature comforts. In response, in 1882 he built her a three-story mini palace in the Second Empire style. It was complete with a mansard roof and fine stone and woodwork. But said to often be sick and depressed, Julia passed away in 1896.

Naturally, in a city more than 400 years old, there are scores of locales said to harbor ghosts, from the PERA Building to the La Fonda on the Plaza hotel. Sign up for a DiscoverSantaFe Scavenger Hunt to explore these and other local mysteries.