Palace of the Governors: Ears on Walls 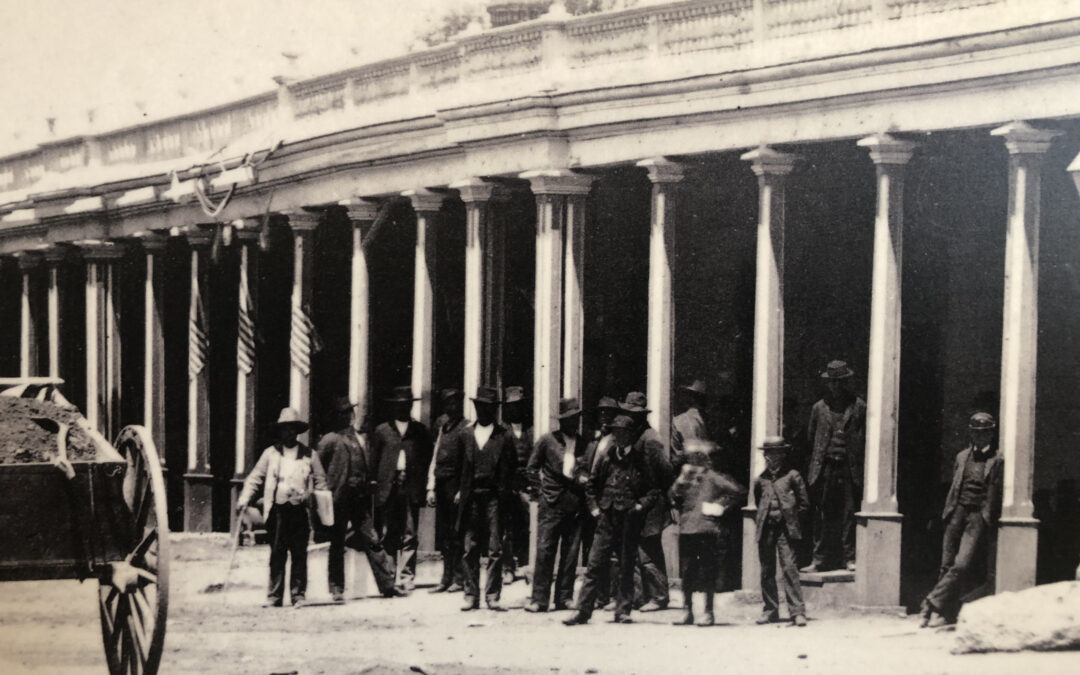 Photo of the Palace in the early American Territorial era.

When American military forces occupied Santa Fe in 1862 at the beginning of the Mexican-American War, they were reportedly appalled to find a dozen or more human ears nailed to a wall inside the Palace of the Governors. “What is this?” they asked. “That’s pieces of the Texans who once tried to invade New Mexico,” they were told. But did the Texans “learn” their lesson? Apparently not, for during the Civil War they invaded New Mexico again. While again defeated, they departed this time with their ears intact.

What prompted the first Texas invasion of New Mexico in 1841?

A. Having declared themselves a republic in 1836, they claimed their lands extended clear to the Rio Grande, including its headwaters.

B. They wanted to ensure themselves a permanent supply of New Mexico’s famed green chile.

D. They heard they’d be welcomed with open arms.

Green chile had yet to become so popular; even their egos weren’t that large; no loving embraces awaited them.

A. Having broken away from Mexico, Texas simply redrew its border to include a huge chunk of New Mexico and came to claim it. 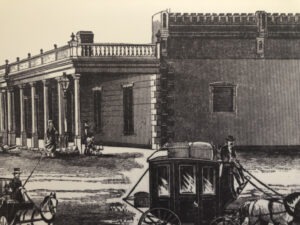 The Texas-Santa Fe Expedition of 1841 was a disaster from the start. Its goal was to take over the lucrative Santa Fe Trail trade and permanently acquire a significant portion of the Mexican territory of New Mexico. Abandoned by their Indian guides, they became lost and did not arrive on the border until mid-September. Early winter storms beset them, and they suffered greatly from cold, hunger, and thirst. A Mexican force under New Mexico Governor Manuel Armijo easily rounded them up and force-marched them to Santa Fe. Next, they were marched south to Mexico City, but before leaving many of them left “souvenirs,” their ears, nailed to the walls of the Palace of the Governors by their captors. There was no love lost between Texans and New Mexicans.

Santa Fe is chock full of such bizarre, shocking, and little-known bits and pieces of history and culture. To uncover more, sign up for a DiscoverSantaFe Scavenger Hunt.