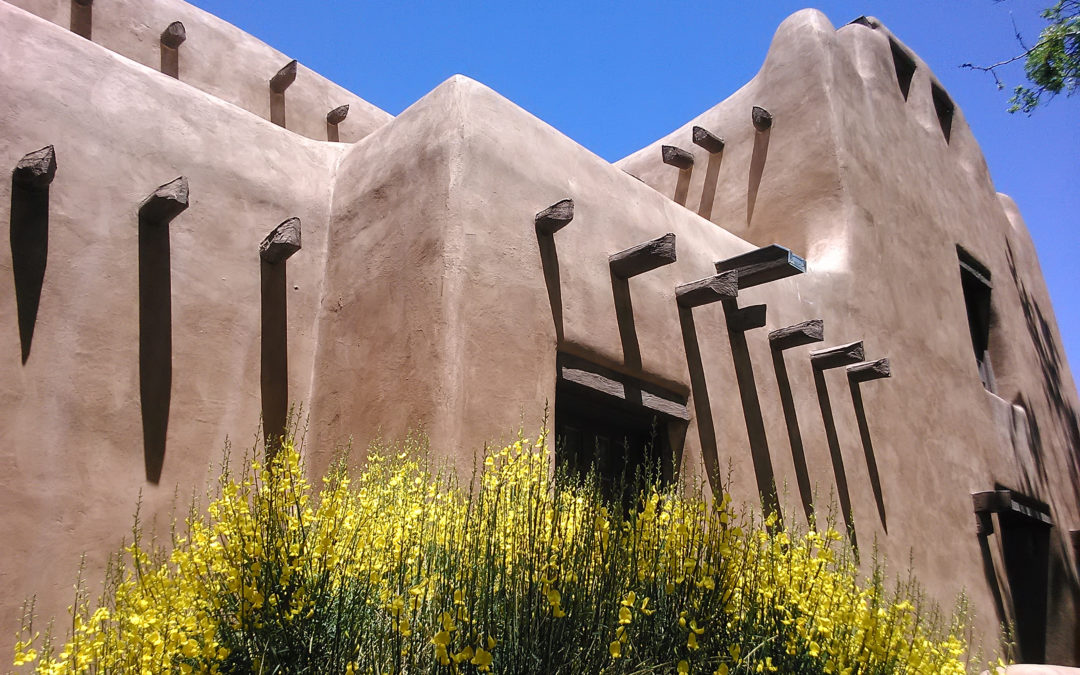 Santa Fe has long been the artistic and cultural epicenter of the Southwest. The city square in the heart of town, the Santa Fe Plaza, is where tourists and locals have gathered since the 1600s to experience “The City Different.” Located at the end of the historic Santa Fe Trail, the Plaza is home to Native American, Spanish, Mexican, and American traditions. It is surrounded by historic adobe buildings in the Spanish Pueblo style. At the northern end of the Plaza, the Palace of the Governors is the oldest continuously occupied public building in the United States. You’ll find the New Mexico Museum of Art at the northwestern corner of the Plaza, and the famous Saint Francis Cathedral and Loretto Chapel overlook the Plaza from the east and south. The oldest church in the United States still stands just south of the Plaza as well. Delve into the unique history of New Mexico’s capital city with one of our interactive scavenger hunts. Follow the clues on your smartphone to uncover Santa Fe’s secrets while getting to know the downtown environs.

Santa Fe is widely known for its vibrant art scene, and the Plaza is at the center of it all. The winding downtown streets are packed with boutiques, galleries, museums, and bookstores. Whether you’re shopping for something in particular, or just want to take it all in, the artistry on display will inspire and astound. Check out the jewelry, pottery, and other crafts that local Native American artists are selling under the portal of the Palace of the Governors. Browse the exhibits at the Georgia O’Keeffe Museum and explore the works of New Mexico’s most renowned artist. The Plaza is just a ten-minute walk from Canyon Road, where you’ll find over a hundred art galleries, shops, and restaurants within a half mile walk.

If music is what you’re hankering for, the Bandstand on the Plaza hosts live concerts and dancing throughout the summer. Thirsty? Sip a specialty margarita from any of the 45 restaurants and bars on Santa Fe’s Margarita Trail. The Plaza is also the pinnacle of Southwest cuisine. Sample the fare at classic New Mexican restaurants like The Shed, Santacafé, and Coyote Cantina. If you like a kick with your meal, try your favorite dish with one of New Mexico’s holy trinity of flavors: red chile, green chile, or Christmas. There are plenty of first-rate coffee and ice cream shops around too.

Santa Fe is a year-round destination, but there are some events that you won’t want to miss. In the summer months, the Plaza hosts some of the planet’s most culturally celebrated markets and festivals. Rejoicing in the rich Hispanic culture of New Mexico, the Traditional Spanish Market takes over the Plaza in late July. Spanish Market is followed by the Santa Fe Indian Market in mid-August, showcasing Native American art and culture from across the country. Then in early September, Fiestas de Santa Fe brings the party to the Plaza with music, food booths, and more arts and crafts. The Plaza is just as charming when it’s dusted in snow during the holiday season. The cottonwoods light up and farolitos (Christmas lanterns) line the tops of every building. No matter what the season, the always enticing Santa Fe Plaza will have you coming back for more.